One of the three most legendary lily of the valley fragrances is Muguet du Bonheur, by the French perfume house of Caron, the others being Dior’s Diorissimo and Coty’s Muguet des Bois. This spring, I bought a small bottle of vintage Muguet du Bonheur, mostly to try a muguet I didn’t know, but also because I fell in love with the special edition Galuchat bottle it came in! 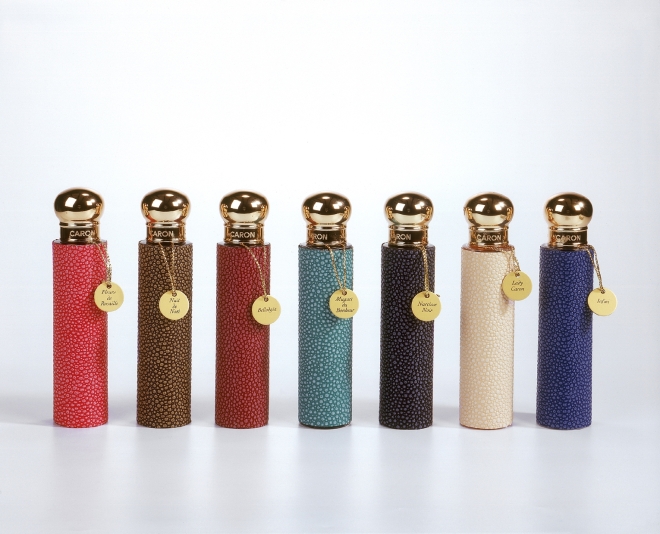 Muguet du Bonheur is the green bottle in the center. And it is even more charming in real life: the outer skin of the bottle is textured, the weight of the bottle is very pleasing in the hand, the cap and little charm are just as pretty as they look in this picture. 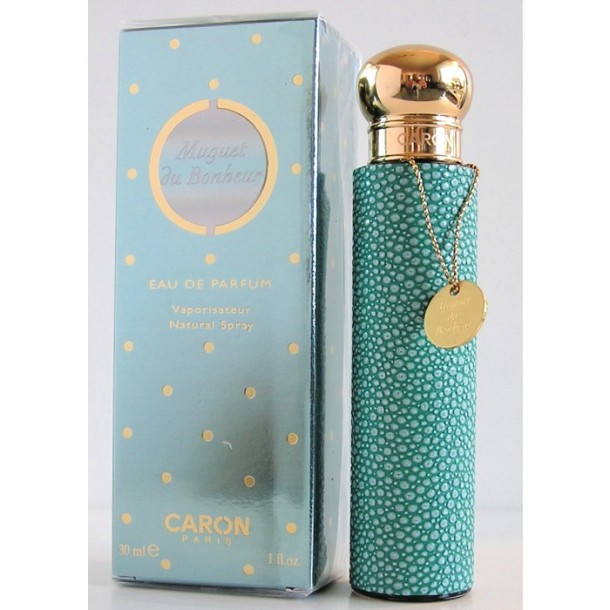 So, back to the actual scent! As I’ve been on this learning journey, I keep reading blog posts and reviews where people write that it took them several times to “figure out” a specific perfume. And I had no idea what they were talking about. But now, with my first and only vintage Caron, I think I do.  I have been wearing it, off and on, for about two weeks now, and only today did I think I really “got” it. I’m not even sure what I mean by that, except that suddenly the perfume seemed more layered and nuanced, and I was picking up on more of its notes and progression.

Fragrantica says that Muguet du Bonheur was devised in 1952 by perfumer Michel Morsetti. Top notes include: neroli, bergamot, lily-of-the-valley and orange blossom; middle notes are jasmine, tincture of rose, lilac, magnolia and lily-of-the-valley; the base notes include musk, sandalwood and heliotrope. I’m not sure if this is because what I have is vintage, but I read that others have also experienced an initial shock of alcohol when they first spray it. That quickly subsides, however, and the scent becomes a lovely, creamy lily of the valley blended with other flowers. It definitely smells like an earlier generation’s scent — there’s something about it that just SEEMS like the 1950s, when even very young, vivacious women dressed up to go shopping, with hats, gloves, and matching shoes and bags. It doesn’t smell stuffy to me but it doesn’t smell modern either. I’m not surprised that Queen Elizabeth II is said to wear it. 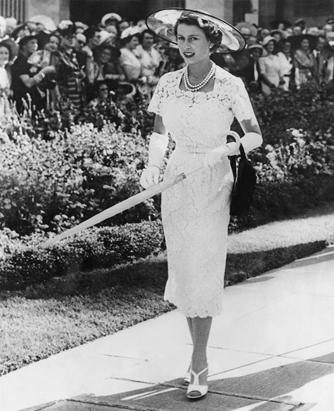 As others have said, it gets soapy in the dry down phase, and it is sweeter and creamier than other muguets I have tried. It doesn’t last very long in full force but its final notes linger on the skin for a few hours. I think part of what was confusing me was the heliotrope in the base notes; it’s a note I don’t really know so don’t know its effect or when it emerges. Muguet du Bonheur is very charming but it hasn’t won my heart — yet. I feel as if we are still getting acquainted! If you have any insights into it, please share!

One of the most delightful things about Muguet du Bonheur is the multitude of beautiful vintage magazine ads for it that one can find online. Caron clearly spent a fortune promoting this perfume as there are so many high-quality, illustrated ads that span decades.  Here are just a few, to whet your appetite: 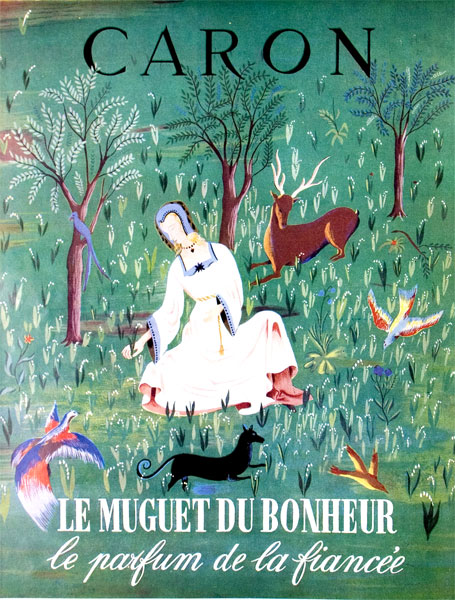 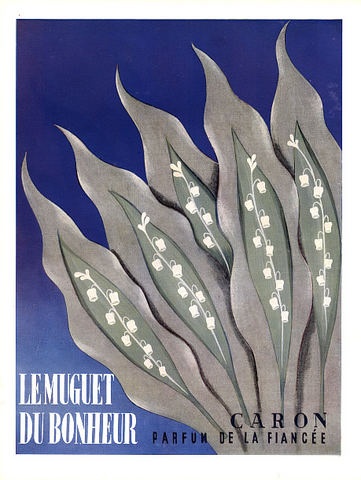 One thought on “May Muguet Marathon: Caron Muguet du Bonheur”