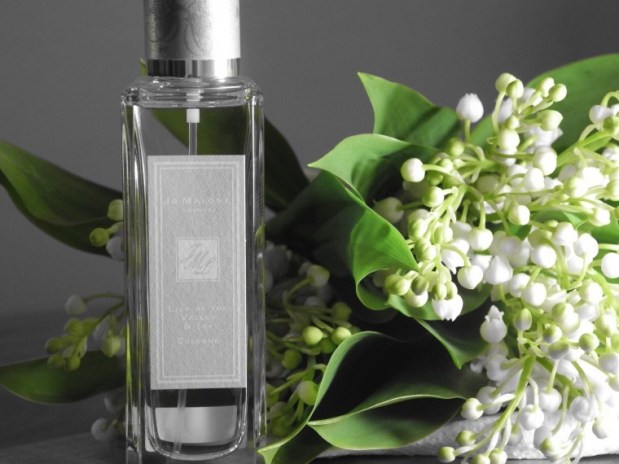 I discovered Jo Malone’s fragrances last summer, in the Heathrow Airport where there is a boutique. Unfortunately, I was there in a wheelchair, on my way home from London where I had fallen and broken my shoulder! So my kind husband took me to Jo Malone to pick out a bottle of perfume. The one I picked that day was Red Roses, as I had been visiting rose gardens during our trip. But I also tried last year’s limited edition Lily of the Valley and Ivy, part of the “Rock the Ages” series and I liked it so much that I later bought a bottle. 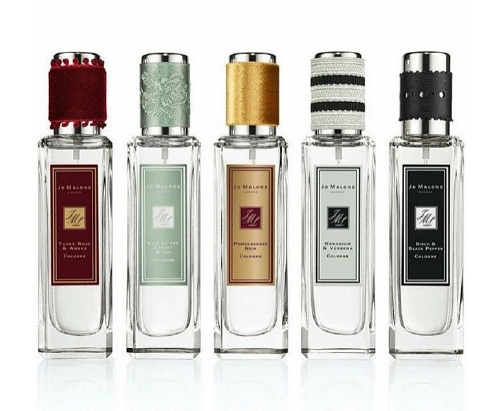 The aim of the collection was to depict different periods of British history through the inspiration of drama, atmosphere and characters of each of the periods. The collection contains the following scents: Tudor Rose & Amber, Lily of the Valley & Ivy, Geranium & Verbena, Pomegranate Noir (reissued) and Birch & Black Pepper.

Lily of the Valley & Ivy is inspired by the Georgian era of pastel tenderness, green landscapes, gardens and ivy-covered fences. The fragrance opens with green ivy, pink grapefruit and sparkling black currant, with delicate floral heart of lily-of-the-valley and narcissus and the base of beeswax, amber wood and white musk.

It is a very beautiful fragrance.  END_OF_DOCUMENT_TOKEN_TO_BE_REPLACED 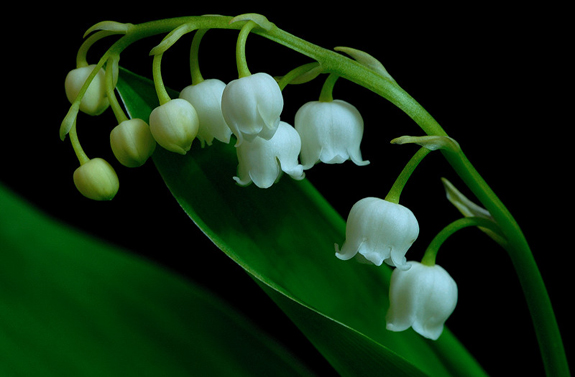 One of my favorite books is “The Scent of Water”, by Elizabeth Goudge. Sometimes I re-read it when I need respite from the tug and pull of my modern American life and job. It is the story of Mary Lindsay, a single, childless woman who leaves her successful career in London to move into a house in an English country village which she has inherited from a distant elderly cousin. She is on something of a spiritual quest, to rediscover her true self, her beliefs and her memories of the man who loved her more than she loved him, who had died in war before they were married.

Elizabeth Goudge had a rare gift of description: her words beautifully evoke the people and settings of her novels so that one can truly see them in the mind’s eye. Her early training was in art, and it shows in her ability to paint pictures with words. The house Mary Lindsay inherited is very old, and its rooms are bathed in rippling greenish light, as if they were underwater, because of the ivy and wisteria vines that grow near the old windows: it has a “dark stone-flagged hall where a silver tankard of lilies of the valley stood on an oak chest. The flowers and the polished silver gathered all light to themselves …”  Goudge uses the metaphor and imagery of water throughout the book, including an ancient well of springwater, hung with ivy and moss, that figures in several characters’ stories in the novel. She is also well aware of the symbolism in Christianity of flowers like the lily of the valley, which stands for purity and humility and is sometimes called Mary’s Tears, referring to the Virgin Mary and the tears she shed at the Crucifixion.

What is the scent of water? One of the other characters is another older woman, also single and childless, Jean. She is a kind but timid and fearful woman, often depressed and overwhelmed by life but struggling bravely to meet its challenges.

“Jean was visited by one of her rare moments of happiness, one of those moments when the goodness of God was so real to her that it was like taste and scent; the rough strong taste of honey in the comb and the scent of water.”
― Elizabeth Goudge, The Scent of Water

But if one were to seek an actual scent that captured the spirit and atmosphere of this beloved book, what would it be? I nominate Jo Malone’s Lily of the Valley & Ivy, which  wafts from my wrists as I write this. With its notes of ivy (top), lily of the valley and narcissus (heart) and amber and beeswax (base), it is a lovely green floral with a hint of white musk. It is an elegant, quicksilver scent with earthly roots. It reminds me of a small, green and white English garden after a gentle rain. The scent of water.