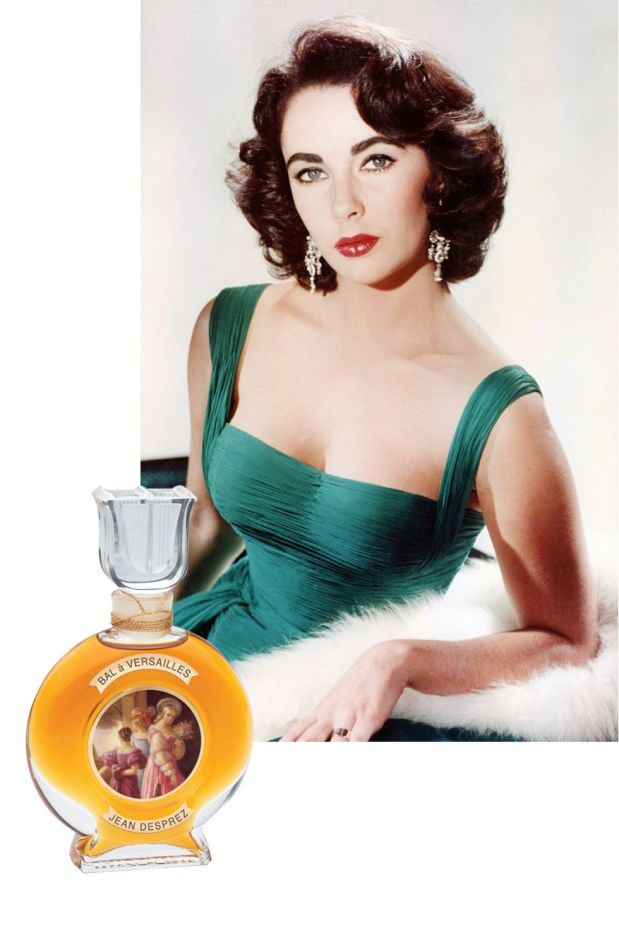 Having read so much about Bal a Versailles in recent years, written about by everyone from Luca Turin to favorite blogs like The Black Narcissus, CaFleurebon, and Kafkaesque (and she’s BACK, even if only briefly!), I knew I would want to try it some day. I wasn’t in a big rush because even in its vintage form, it seems to be widely available for less than soul-crushing prices, and it honestly didn’t sound as if it would be a love for me.

But I came across an online auction for a full 4 oz. bottle of the vintage eau de cologne, which seemed as if it would be more approachable, and no one else had bid on it, so I did. And won it for a very reasonable price, less than one would spend on many forgettable modern fragrances at Sephora, Ulta, and elsewhere. It arrived a few days ago, and I’ve been trying it out since. I like it! My bottle looks just like this (except the label on mine is perfect):

It is very interesting to me, because at first sniff, I definitely smell it as “perfumey”, which to my nose often means aldehydes. Yet there aren’t aldehydes in BaV, at least none are listed for it. So I’m concluding that another note that smells “perfumey” to me, probably based on my late mother’s perfumes from the 1960s and 1970s, is civet, which was used in varying amounts by the classic French perfumers to bring warmth, radiance, and sensuality to their creations such as Shalimar, Chanel No.5, etc., during decades when women were supposed to charm and seduce.