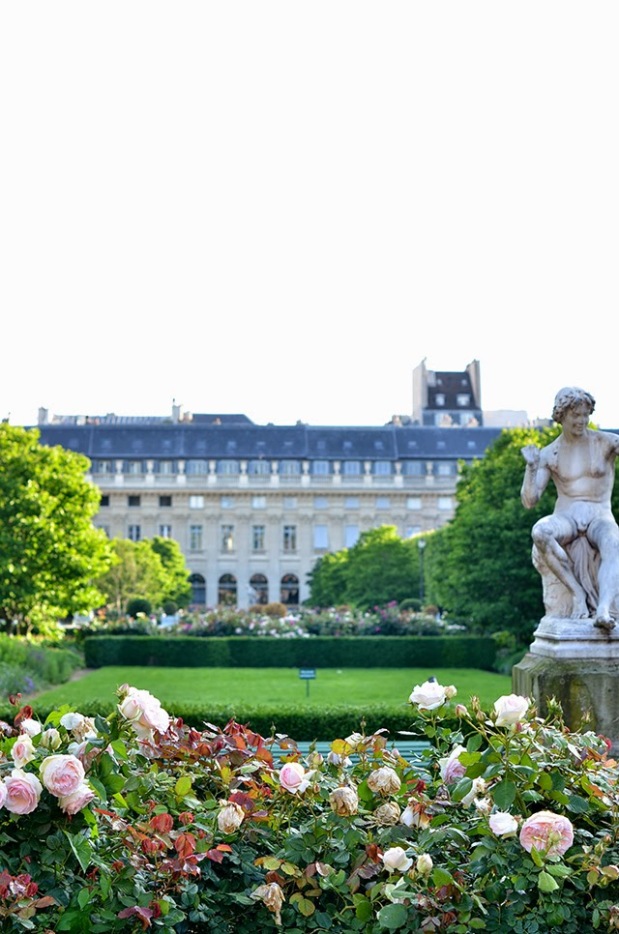 In past years, I have done a “May Muguet Marathon” and tried to post daily in May about one of my favorite flowers and fragrance notes, the beautiful lily of the valley, or muguet. This year, I didn’t think I had enough new to discuss about muguet fragrances every day. So, dear readers, I asked and you answered. “Roses de Mai” it is! Thank you, NoseProse! 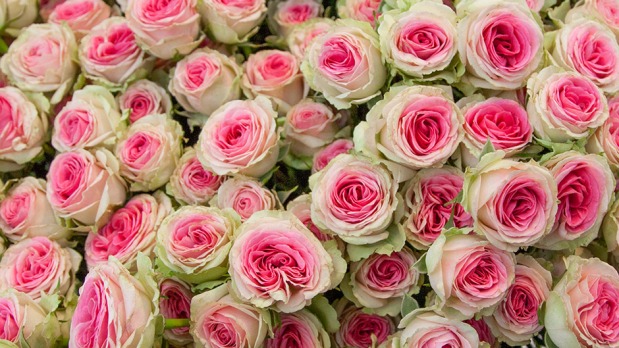 June is the month for roses and rose fragrances, so I have a few to review in coming days! On my recent trip to London, I was able to buy a bottle of an artisan perfume new to me, Nancy Meiland’s Rosier, from Rouillier White. (I cheated a bit — I didn’t go to the actual store, which is still on my to-do list; I ordered from their website and had it delivered to the serviced apartment where we were staying). The box has this to say:

Notes of Italian bergamot, tangerine and blackcurrant top ROSIER, denoting the moment a water droplet forms on a petal. A contemporary twist on the traditional rose scent, this is a soliflore, in which the whole flower is represented. Pink pepper acts for the thorns, while green galbanum is the leaves. Rose geranium, white pear, jasmine, peony, and violet are delicately strung together for the bud, and the endnotes evoke the image of a broken beaded necklace as the scent spreads beautifully on the skin. It is a landing both soft and reassuring, of buttery mimosa, tobacco, hay, and angelica seeds.

Notice that none of the notes listed include an actual rose note!  But the name is accurate: “rosier” means rosebush in French, and this scent evokes the whole rose, as described above. The opening notes are gorgeous, a lively blend of sparkling citrus and fruit that is not at all sweet. Next up, to my nose, is the galbanum, which I love. I like most green florals, and usually the greener the better. In fact, before I found Rosier, I had been idly wondering what fragrances truly combined sharp green galbanum with roses, so I was delighted to find this one.

The odd thing about Rosier is that I don’t get any traditional rose FLOWER notes at all. The heart notes are lovely, and they suggest a rose bud, as described, but there is no strong note of rose itself. That said, this is a truly lovely, different fragrance, rosy rather than rose-centric. The Perfume Society had an article about Nancy Meiland and her perfumes that noted:

It’s very much NOT your great-aunt’s rose – and Nancy observes: ‘I wanted to depict both the light and the dark shades of it, as opposed to this pretty, twee and girly rose that’s become slightly old-fashioned. I was interested in a soliflore of the rose depicting the whole flower including the very slightly “acid” moment the dew drop forms on the petal, the peppery thorns and hay-like buttery notes in the base. The result was something that turned out to have a touch of “bramble”, more reminiscent of a rose briar.

A longer article appeared in 2016 on the Scents and the City blog: Nature Girl: Interview with Perfumer Nancy Meiland. Nancy started out working for a bespoke perfumer in London and also taught perfumery courses. She is now based in East Sussex, and has released four fragrances of her own. 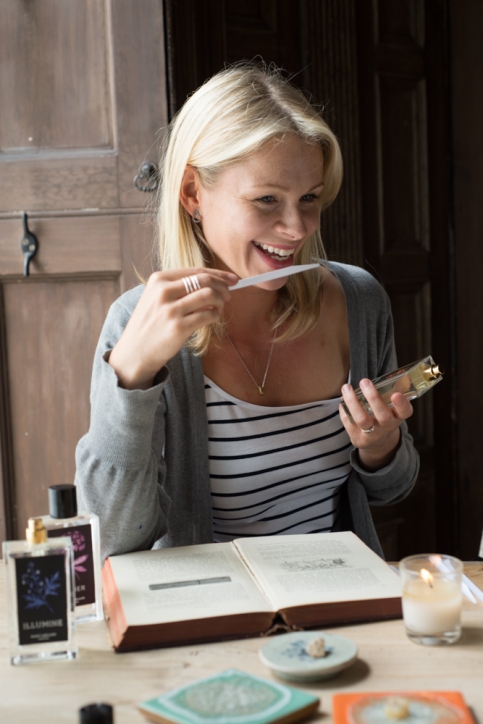 Back to the fragrance! The blogger Persolaise commented that it is like a rose dipped in nitrogen, and he also noted the sharp green that I love. He also said that it dwindles into “soapiness” but the fragrance is “not without merit.” Here’s my take: I do get a period of soapiness in the middle of its progression, but it doesn’t last long on my skin. Then I get those beautiful base notes: mimosa, hay, tobacco, and angelica. I love the first stages so much, and find the end stage so soothing, that I am willing to live with a little soapiness in the middle. I do love traditional roses and rose fragrances, though; so I think I may try my precious Taif Roses attar layered with Rosier, just as an experiment.

Another interesting point to ponder: one of the most legendary hybridizers of roses in the world is the House of Meilland, based in France. The Meilland family has created hundreds of beautiful hybrid roses, including one of my all-time favorites, Eden. I don’t think Nancy Meiland is related to the French rose growers, but I enjoy linking her Rosier to their “rosiers”. 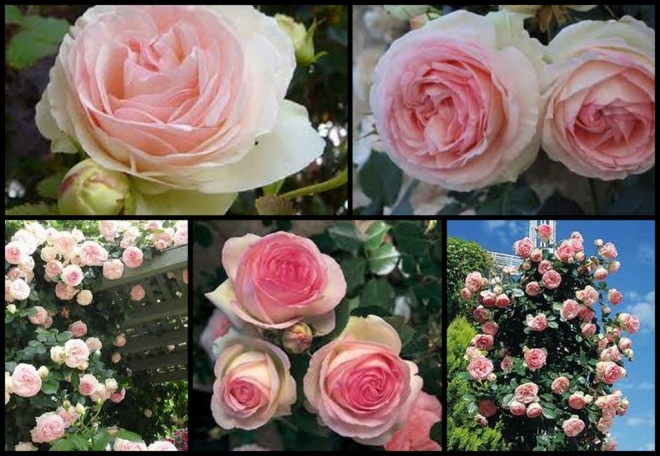