Welcome to a new feature that I hope will appear monthly! Portia Turbo of Australian Perfume Junkies and I had so much fun doing “Scent Semantics” with some other fragrance bloggers in 2022 that we decided to launch TWO regular features as a new collaboration in 2023. The first, which we plan to post on the first Monday of each month, is “Notes on Notes“, in which we choose one note and write about it however the spirit moves us; our first Note was oakmoss. This second feature is “Counterpoint”, in which we ask ourselves the same handful of questions about a single fragrance and post our separate thoughts on it. We’re still experimenting with format, so comments on that are welcome too!

This month, our first Counterpoint is Mitsouko.

END_OF_DOCUMENT_TOKEN_TO_BE_REPLACED 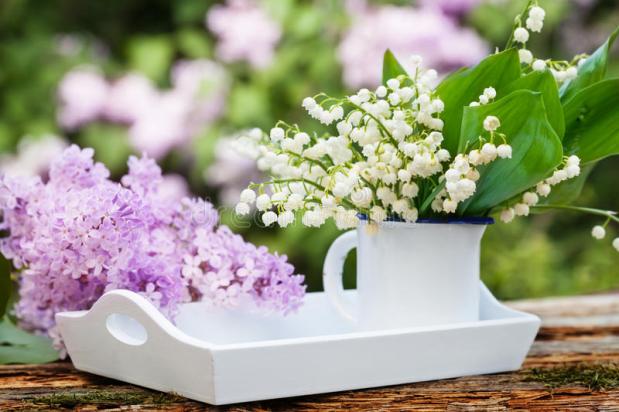 To start off our month of muguets, I’ve chosen discontinued Guerlain Aqua Allegoria Lila Bella. Created in 2001 by Jean Paul Guerlain himself, it was one of the early entries in the Aqua Allegoria line. Monsieur Guerlain, the blogging expert on all things Guerlain, writes that perfumer Mathilde Laurent collaborated on the first five Aqua Allegorias, but that would not include Lilia Bella. Like all the earlier Aqua Allegorias, Lilia Bella comes in a bee bottle housed in a pretty box with a botanical watercolor of the featured flower and the Guerlain monogram:

Lilia Bella launched early enough to be included in Turin and Sanchez’ guide to perfumes, where it got a dismissive “A pleasant, well-executed lily soliflore, if you like that sort of thing” and three stars. Well, I do like that sort of thing, and I like Lilia Bella. It opens with unspecified “green notes” that smell a bit like wet grass, not at all like the powerhouse green notes of, say, Chanel No. 19. This dewiness suits the original idea of the Aqua Allegoria line, which is meant to suggest a morning walk through a garden. There is almost a tone of green cucumber, but not actually cucumber; that impression is fleeting, but it is enough to remind me of Jean-Claude Ellena’s last Hermessence for the house of Hermes, the lovely Muguet Porcelaine.  Very quickly, the lily of the valley (or muguet) note appears, paired with lilac. The lilac sweetens the lily of the valley and tones down its green notes while complementing it overall. 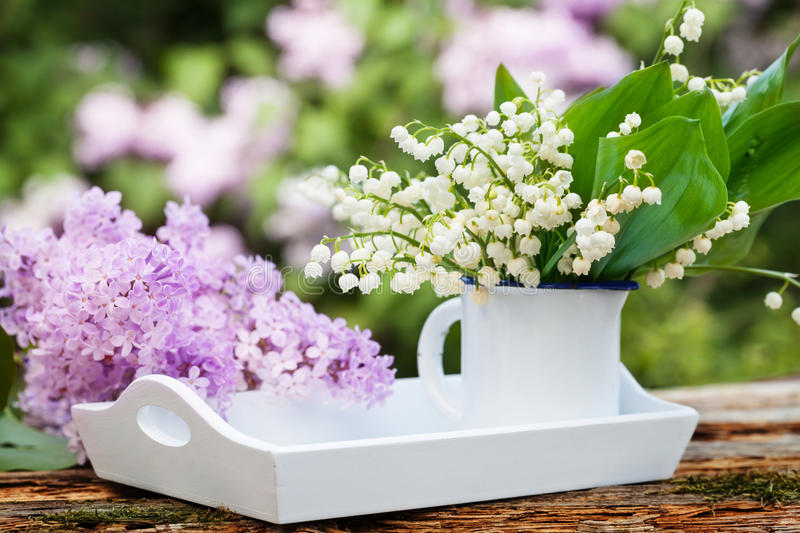 One lovely touch in the packaging is that the little bells of the muguet flowers, normally pure white in nature, as above, are tinted to make them visible against the white background of the box. The tint is a very pale lilac-mauve-pink, evoking the muguet’s floral partner in this fragrance.

There are, actually, pale pink lilies of the valley; I have had one in my garden for several years, although it doesn’t flourish and spread like the white ones. On the other hand, in the warm climate where I garden, the white ones aren’t nearly as aggressive as they are up North, either. In any climate, the pink one, Convallaris majalis “Rosea” is not as fragrant as the white ones, but it is very pretty.

Monsieur Guerlain has written that Lilia Bella originated as a new Guerlain Muguet, sold under that name in 1998 and 1999. This was a successor to the much earlier Guerlain Muguet, created in 1908 by Jacques Guerlain, and discontinued in 1960. The new Muguet was off the market from 2000-2005, the period when the same fragrance seems to have been launched and sold as Aqua Allegoria Lilia Bella. In 2006,  Lilia Bella was discontinued under that name, and Guerlain began its new tradition of issuing the Muguet fragrance in a limited edition annual bottle every May 1, the May Day when the French traditionally give bouquets of muguet. The Muguet limited edition bottles are very beautiful, and very expensive. In 2016, Guerlain launched a new Muguet fragrance, created by Thierry Wasser, in the limited edition bottle that I think is the most beautiful. 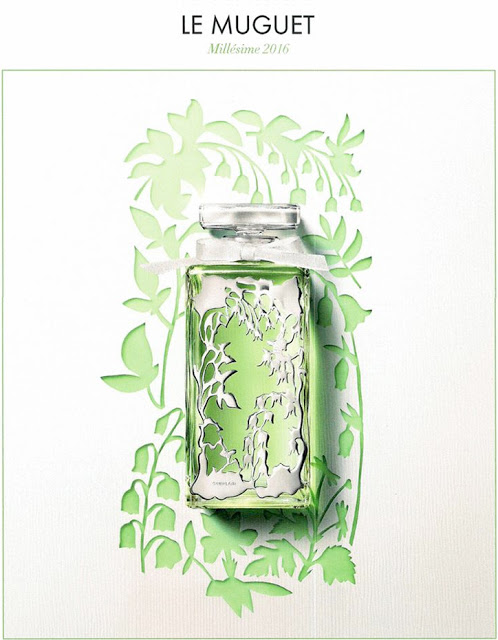 Monsieur Guerlain also writes, in comparing Jean-Paul’s muguet to that of Jacques: “The lily of the valley note was still romantic, but effortlessly lifelike and fresh like an expensive bar of French soap. The addition of lilac gave it a very spring-like sensation of femininity, while rose and jasmine added natural depth and bloom. We recognize the cheerful, sunny style of an Aqua Allegoria.” I agree. As the rose and jasmine take their places behind the lily of the valley note, they add depth without diminishing the muguet. And yes, as Lilia Bella dries down, it does smell like a bar of expensive French or Italian soap, in a good way. On my skin, the sillage is moderate, and longevity is mid-range (5-6 hours). This is a very pretty scent, and it does evoke the scent of a dewy garden in the early morning of what will become a sunny day. Now, who doesn’t like that sort of thing?