April 11, 2018, at the Society of the Illustrators in NYC, the 2018 Perfumed Plume Awards for Fragrance Journalism winners were announced to a packed crowd of industry notables, influencers. Many Friends-in-Fragrance including Francois Damide of Crafting Beauty, Bart Schmidt of Olfactory NYC, Rhona Stokols, Mindy Yang and Darryl Do of Perfumarie, Andrew Rosen, Raymond Matts,… 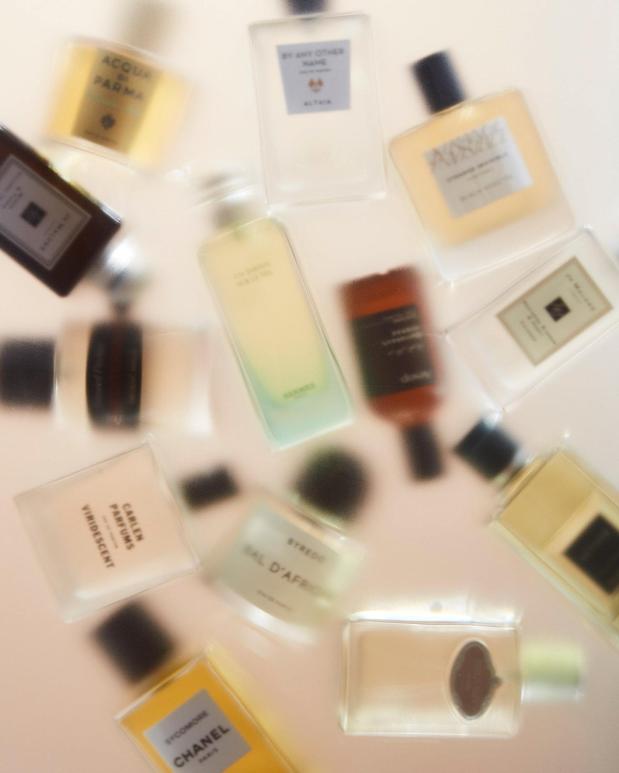 The New York Times has a “style” periodical supplement called, simply, “T”.  Earlier this month, T editors were polled about their favorite fragrances: Great Perfumes, Recommended by T Editors. I must say, though, I chuckled when I read this: “Perfumes are my obsession: I have a wardrobe of about 30 I cycle through.” That editor needs to meet some of the fragrance bloggers I read, or even some members of the group Facebook Fragrance Friends, who own HUNDREDS of perfumes! Even I, a relative newbie, have more than 30. On the other hand, that editor may be at the more sophisticated stage of having owned dozens upon dozens of fragrances once upon a time, and now, like Undina of Undina’s Looking Glass, one of my top favorite blogs, being more educated and selective with the result that she has winnowed her collection of the chaff. I’d still put Undina’s collection up against most, from the little I’ve read about it, including this T editor’s! I mean, she has a DATABASE of her collection. Some day I hope to emulate that level of organization and commitment. Right now, to borrow one of Undina’s many memorable phrases, I am often still “kissing an army of frogs instead of spending days with already realized kings.” (And enjoying myself thoroughly, I might add).

But back to the T editors and their choices. Another phrase I loved in the article was when one editor described herself as “polyamorous when it comes to perfume.” Another writes of her discovery of fine fragrance after she read Chandler Burr’s article in The New Yorker that became his book The Perfect Scent, which describes the development of Jean-Claude Ellena’s first fragrance as the new in-house perfumer for Hermes:

The story had captured my imagination. I think, deep down, I so badly wanted to be the elegant woman Ellena considers wearing his scent as he roams through Egypt recording smells (lotus root, nasturtium) in his notebook. In recent years, I’ve diversified what scents I wear, but I always return to Jardin Sur Le Nil. Perhaps because if it once made me think I was luxurious, now it reminds me of a younger, more impressionable version of myself.

That book was my downfall too — I read it as part of my research when I was writing a script about two rival perfumers, and down the rabbit-hole I went.

The article is an entertaining summary of fragrance choices by beauty editors who have access to everything; it’s interesting to read what they love and why. I hope T Magazine publishes more articles about fragrance! Have you read any recent articles about scent that captured your attention or imagination? Any of the finalists for the Perfumed Plume award?

Featured image from http://www.nytimes.com, by Mari Maeda and Yuji Oboshi for T Magazine. 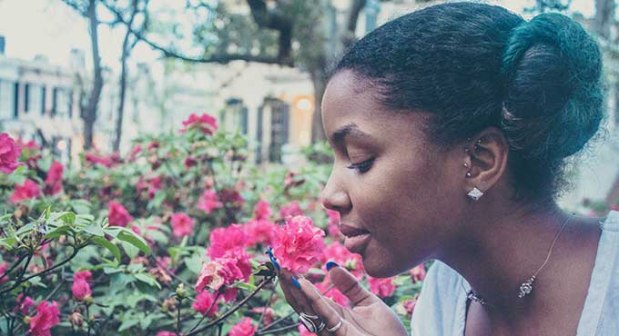 The “Perfumed Plume” awards finalists for excellence in fragrance journalism have been announced, and one of them is this article, which I did not read when it was first published in the December 2017 issue of Elle magazine, but read last week when I was on vacation!  I love the title: This Is Your Brain On Vetiver. Much of the article is devoted to explaining the synesthesia that many perfume creators apparently experience. Fascinating!

If you’d like to know more about recent research into scent/color synesthesia, here is an excellent article.