Perfume Shrine has an amazing post on the role that muguet has played in perfumes for a long time, with some of the folklore about the flowers and a list of dozens of muguet-based fragrances. It doesn’t include Decou-Vert, though, which was launched in 2012, some time after that post. 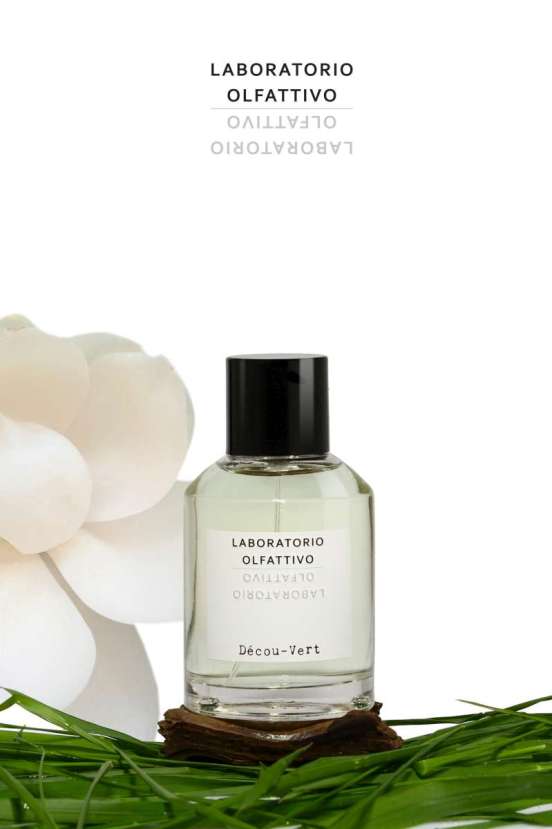 Decou-Vert, by Laboratorio Olfattivo, is presented as a unisex fragrance and in fact, it would be quite appealing on a man while also lovely on a woman. Top notes are lily-of-the-valley and green leaves; middle notes are magnolia, lilac and jasmine; according to  Fragrantica, its base notes are water notes, musk and oakmoss, but other sites say they are magnolia pollen and light woods. The nose who created it is David Maruitte.

As soon as it is sprayed, the immediate impression is green, green, green. Fresh, dewy green, like new leaves glistening with raindrops. It is smooth, like the texture of lily-of-the-valley leaves. There is a hint of lemon — not from lemon itself, but from the naturally lemony scent of the muguet and magnolia notes. The oakmoss base note adds a touch of earthiness, but lightly. I do not really smell lilac or jasmine, and the magnolia is certainly secondary to the muguet. I would say that the strongest notes on my skin are the muguet, green leaves, water and oakmoss, with light touches of magnolia, pollen and clean musk. Longevity has been good for me, lasting several hours although it is very close to my skin after a few hours.

All in all, an excellent scent for me! Decou-Vert is delight-ful.

4 thoughts on “May Muguet Marathon: Decou-Vert”